IEC strongly supports efforts expanding registered apprenticeship opportunities to foster the knowledge, technical skills, and practical experience necessary to succeed in today’s electrical trade. In June 2017, President Trump signed an Executive Order titled, “Expanding Apprenticeships in America.” The EO established a Task Force on Apprenticeship Expansion that met for the first time in November 2017. The Task Force is charged with the mission of identifying strategies and proposals to promote apprenticeships, especially in sectors where apprenticeship programs are insufficient. The merit shop was represented on the Task Force by Michael Bellaman, chief executive officer of the Associated Builders and Contractors.

In Spring 2018, the Task Force issued its final report of recommendations for an industry recognized apprenticeship program (IRAP). The report was followed by a July 2018 guidance document from the Department of Labor which outlined the new IRAP program, but indicated that construction would not be able to participate initially.

In Congress, a number of bills have been introduced that would help promote apprenticeship, to include the USA Workforce Tax Credit Act, which would allow for tax credits for contributions to non-profit organizations that help fund apprenticeship programs. In addition, IEC participated in a roundtable in July 2018 held by the Bipartisan Apprenticeship Caucus, which was established by Representatives Brett Guthrie (R-KY) and Susan Davis (D-CA).

The Carl D. Perkins Career and Technical Education Act, last renewed in 2006, governs the largest federal program for high schools and sends $1 billion to the states to support career and technical programs. Other educational issues are being signaled as higher priorities, but Perkins is one of utmost priorities for IEC.

The current silos of secondary and postsecondary education systems – and the funding streams that perpetuate their separation – are not preparing enough students to meet the demand for these mid- and high-skilled jobs. Career and technical education can provide students with opportunities for career awareness and preparation by providing them with the academic and technical skills needed to succeed in postsecondary education, training, and employment.

Legislation reauthorizing Perkins passed overwhelmingly in the House of Representatives in the 114th and 115th Congress. In July 2018, the Senate finally passed legislation, which was ultimately signed into law by President Trump. 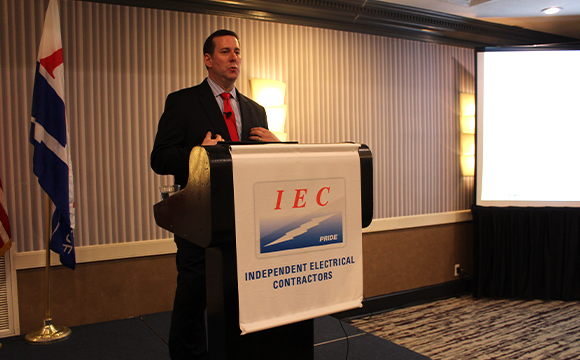 On June 15, 2017, President Trump signed an Executive Order, Expanding Apprenticeships in America, which called for the Secretary of Labor to create and chair the Task Force on Apprenticeship Expansion to "identify strategies and proposals to promote apprenticeships, especially in sectors where apprenticeship programs are insufficient."

To meet this challenge, Secretary Acosta brought together representatives from companies, labor unions, trade associations, educational institutions, and public agencies. After meeting five times over most of 2018, the Task Force ultimately issued its final report to the President to establish an Industry Recognized Apprenticeship Program (IRAP), which would be a separate program, set aside from the Registered Apprenticeship program.

In its recommendations, construction apprentices would not be eligible to participate in Davis-Bacon projects. In addition, the Department of Labor (DOL) issued guidance indicating that construction would not be initially eligible to participate in the program at all. In June 2019, the Department of Labor issued a proposed rule that would establish the IRAP system of apprenticeship, which would operate outside the registered program. The proposed rule proposes to keep construction from participating, at least initially.

IEC supports efforts to help address the growing shortage of workers for highly-skilled jobs in our nation’s construction sector. IEC supports the inclusion in the IRAP. 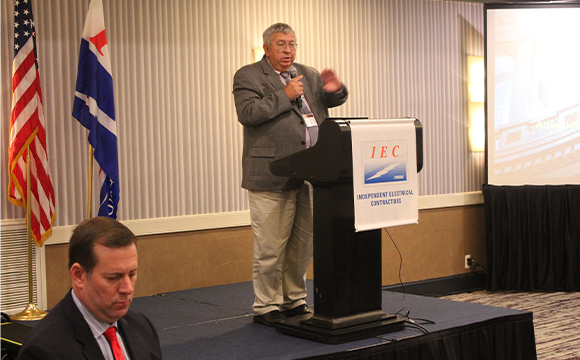