In May 2019, Senator Patty Murray (D-WA) and Representative Bobby Scott (D-VA) first introduced the Protecting the Right to Organize (PRO) Act (H.R.2474/S.1306) in the 116th Congress. This legislation would fundamentally alter federal labor law by dramatically tilting the playing field in favor of labor unions at the expense of employers and employees. On February 6, 2020, the House of Representatives passed H.R. 2474 by a vote of 224 - 194.

The legislation was once again introduced in the 117th Congress (H.R.842/S.420) and was passed by the House by a vote of 225 - 206 on March 9, 2021. The bill is currently pending in the Senate where 47 members have signed as cosponsors. Senate Majority Leader Charles Schumer (D-NY) has indicated he would bring the bill to the floor should it reach 50.

IEC has actively opposed this radical legislation since its introduction and continues to educate Congress about the disastrous consequences it would have on its merit shop electrical contractors if enacted into law. The legislation includes provisions that would:

With this legislation, sponsors are attempting to implement Obama-era labor law policies that were rejected by the judicial system, opposed on a bipartisan basis in Congress, and/or abandoned by the agencies asked to enforce them. All of these entities realized the policies violated the law, exceeded the authority granted to the implementing agencies, or would cause serious damage to the American workplace.

With a Biden administration in place and Democrats in control of Congress, the PRO Act becomes an even greater threat to IEC members. In his campaign platform, President Biden specifically endorses the bill and states he “will go beyond the PRO Act by enacting legislation to impose even stiffer penalties on corporations and to hold company executives personally liable when they interfere with organizing efforts, including criminally liable when their interference is intentional.” The president also has expressed that Congress pass the bill as part of his massive infrastructure proposal. 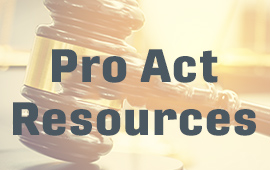 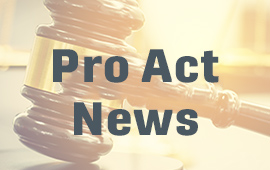